WHATEVER YOUR BUSINESS IS … 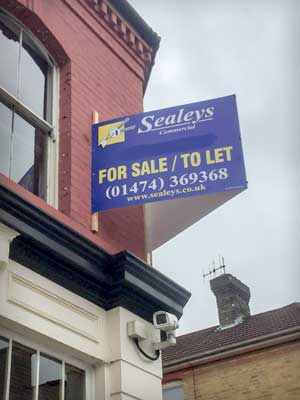 In the Commercial Department we deal with many types of businesses.

Back in 2016 I met a husband and wife team who had a new business concept which very few people knew about myself included. After listening to their story, how their business was born and their vision, I was determined to help them grow their empire.

Once we identified a space, we had to prove their business idea would succeed to the landlord.

And here we are 4 years later the company have 4 locations across Gravesend with a team of 60 staff members, winners of the Gravesham Business of the Year Award and voted the top-rated attraction in Kent.

So, whatever your business from the normal to the unusual we will endeavour to find that space for you for you to support and grow your business. 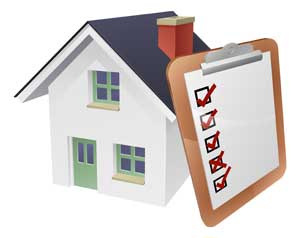 Having regular inspections on your property allows the letting agent to make sure your current tenants are maintaining your property to a high standard and not causing any damage.

By having regular inspections, the Property Manager can make regular checks on the property and notify you as the Landlord of any issues that may have occurred that as the Landlord you are responsible for.  This can, in some cases, mean an issue is spotted before it becomes a major problem and can keep costs down on any major repair.  In addition, the Property Manager can advise the tenant on how to properly care for property when issues are recognised at regular inspections.  For example, we recently took over management of a Landlord’s portfolio.  On our first visit to the one of the properties we witnessed the worst level of condensation we have ever seen, had we conducted regular visits at this property we could have advised the tenants on how to effectively deal with this issue before it got so out of hand.

The risks of taking the option of no inspections could mean major maintenance issues, going unnoticed and developing from a minor repair into a major one.  It also puts Landlords at possible risk of prosecution, for example, an inspection would confirm if there is unpermitted overcrowding at a property, which puts the Landlord at risk of legal action as a licence would be legally required, but an inspection would mean this would be discovered and dealt with immediately to keep Landlords on the right side of the law.

The main issue could be that when a tenant moves out after their tenancy has ended and the property has not been maintained to a good standard or inspected regularly then a full refurbishment may be required to turn your property back to a good enough standard to be able to be placed back on the rental market and attract the best tenants.

Inspections are an important element of renting out your property, not just for you the Landlord but helping the tenant feel supported too, leading to a longer term let with less rent voids and less re-letting fees.  Sealeys include inspections within their full management package.  Call our Lettings Manager, Lesley, on 01474 369368 for more details.

November is the month to be most aware of Burglary and keeping your home safe. 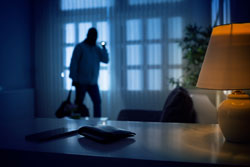 At this time of year, many homeowners in the UK decide to step up their home security, spurred on by darker nights and houses full of expensive gifts wrapped up for Christmas.
According to a new report from Co-op Insurance and Neighbourhood Watch, people are being warned to ensure they have robust security measures in place to keep their homes safe. Business data from the insurer reveals that the number of theft claims increase by 35% in the months following the clocks going back, with November being the month when most burglaries take place.

Throughout the year, light fingered thieves are most likely to make their move on a Friday and, with November being the most common month for home break ins, Fridays in November prove to be a particularly popular time for burglars to strike.
Co-op’s claims data also reveals that people living in London are the most likely to be a victim of home contents theft with Carlisle and Manchester also being crime hotspots.
Of the 41% of UK adults who have been a victim of burglary, 28% said it happened during the night. 24% were targeted in the afternoon, 20% in the evening, whilst just 6% were burgled in the morning. When it comes to how burglars are breaking and entering, 33% broke down a door, 23% smashed a window and 10% gained access via a door or window which was accidentally left open.

For this reason, we would like to share the following top tips to protect our homes from possible burglary:

Colin Butler, Head Insurance at Co-op Insurance said: “Unfortunately, year on year, our claims data shows that darker nights lead to more burglaries. As the nights draw in, we’re urging people to be vigilant when it comes to their personal safety, as well as the safety of their home.
Our report unlocks the real issues that people are facing in their neighbourhoods, as well as the long-lasting impact this type of crime can have on victims. Our continuing partnership with Neighbourhood Watch has never been more important as we continue to encourage neighbours to look out for one another.”

John Hayward-Cripps, CEO of Neighbourhood Watch, commented: “It’s worrying that so many people have been a victim of neighbourhood crime. At Neighbourhood Watch, we believe that building strong communities where neighbours look out for each other is key to crime prevention. Being neighbourly and getting involved in your community brings long lasting rewards such as reducing fear of crime and making people proud of where they live.”